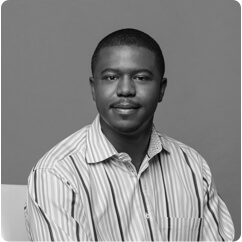 Hear and Play at a glance

Nearly forty years ago, Jermaine Griggs' grandmother won a piano on the television show "The Price is Right".

For hours, Jermaine would sit at that piano and teach himself to play his favorite songs purely by ear, without using sheet music. He began playing for his church and throughout the community, and people took note. When word got about the "child genius" who had taught himself to play beautiful music, parents wanted their children to learn the same way.

Eventually, friends and neighbors began asking Jermaine to teach them his method. Jermaine saw a business opportunity, and at the age of 17, used his $70 salary from church that week to register a domain name and begin selling musical lessons over the Internet.

Once orders started trickling in, the chaos began. Customer orders would be printed and faxed to fulfillment. In Jermaine's estimation, 50% of those orders were wrong. Jermaine recalls, "It was just chaotic."

On top of the manual fulfillment process, Jermaine's e-commerce system and email system didn't communicate with one another. Jermaine was spending a lot of his time doing repetitive tasks and fixing incorrect orders. And without a central CRM for client records, he couldn't hold his sales team accountable for missed opportunities.

For a company that was helping its customers replace physical sheet music with digital learning, Hear and Play was lagging behind in its own digital strategy.

"I thought that was just the tradeoff of business," says Jermaine. He had assumed that it was only the largest companies—the Amazons and Microsofts of the world—that had the infrastructure to automate the end-to-end customer experience and streamlining operations. That's why he was surprised to discover what sales and marketing automation could do for a company his size.

Keap changed all that. With a single piece of software, Jermaine could keep tabs on his sales team, automatically send personal messages to customers, and streamline his fulfillment process.

"I have everything I need virtually in one place," Jermaine explains. He uses the Keap platform to unify the various sales, marketing, and fulfillment tasks that he had been executing manually in years past. He has also found ways to communicate with customers on a more personal basis—sending emails, text messages, automated campaigns, and even birthday wishes, all based on their individual behavior and attributes. Jermaine notes that "Hear and Play has excelled in being able to touch people at different points and times based on what they do."

Since implementing Keap in 2009, Hear and Play has doubled net profit and annual sales. It has also been able to scale relationships with tens of thousands of customers.

As for Jermaine, it has allowed him to pursue his passion in a saner, more manageable way than he ever thought possible. Thanks to Jermaine's marketing savvy and the Keap platform, he has reduced his workload by 60%. Now that his business is fully automated and he can work from anywhere, Jermaine jokes that "pajamas are the clothing of choice" when it comes to his professional wardrobe.

"That's the power of Keap," Jermain reflects. "It's second to none."

Infusionsoft helped the businesses above. Now see how we can help yours.

Get the total Infusionsoft experience

Learn how Infusionsoft can help you deliver better service and marketing through automation.