For some, the idea of artificial intelligence (AI) automating tasks is as natural an idea as the proliferation of the conveyor belt and robotic packing machines in distribution warehouses. Others might be surprised to learn just how much AI has already crept into daily financial operations without missing a beat.

There’s a growing concern round the speed at which AI is developing and how it will soon completely redefine our view on automated tasks and at what level humans are integral to the workforce.

Running an Amazon warehouse with nothing but a fleet of packing robots and a handful of human supervisors threatens human replacement while tasks that are more unpredictable, esoteric, or interaction-oriented rather than labor-oriented exist at a time where AI is key to streamlining human interactions and decision-making without removing an employee from the equation.

If performing basic risk assessment is the present, where will the future lead?

Calculating just how much an AI is capable of handling in the realm of finances is a difficult prospect, though there have been attempts to boil down complex problems to a likely percentage of work that’s fit for automation. When the possibility of automating nearly 86 percent of accounting, bookkeeping, and auditing tasks becomes a feasible reality, it's hard not to sit up and take notice.

The largest potential for computer-controlled tasks lies in repeated activities that are predictable and require little in the way of emotional intelligence or the ability to read social and non-verbal cues in a human way. For example, assembling identical objects or performing basic account balancing, is well within the realms of automation. Another great trick is customer behavior tracking, which helps retailers track a customer’s journey in stores using cameras and sensors. Thanks to advances in AI, they can understand how shoppers are interacting with their store. The end results show, for example, how many times a certain product was picked from the shelf, added to their shopping cart, returned, and so on.

On the other hand, there are still certain limitations, like advising a banking customer on what financial steps to take over the course of their life. This requires assessing risks, planning around potential health issues, and the unpredictable human element of simply not performing as a list of percentages suggest they should.

How AI is Helping Small Businesses Beat their Competition

Having the assurance that a living person with the ability to think critically is working towards solving a problem is a strong argument for keeping phones staffed with support workers. Many customers just aren't acclimated to a world where artificial workers solve real problems, but IBM predicts that 85 percent of all customer support will be handled by AI by the year 2020. The key advantage lies in predictive problem-solving.

The upside of the human element is also its downfall, as even the best worker cannot solve multiple deeply complex issues in tandem without switching thought processes and juggling tasks, yet an adaptive AI can learn to spot and resolve potential issues before they arise. Human workers lack the time required to continually check and recheck customer records and data sheets while algorithmic learning can identify errors every hour of the day and night.

It's not just the appeal of having someone regularly reviewing and reporting problems as they arise. Working for commission encourages good business decisions that result in profitable growth, but a computerized worker can automate buying and selling tasks for a flat fee that doesn't chew into profits. The best part? You have to train a human every time their position is vacated and refilled, but an AI learns constantly and doesn't require constant sit-down performance reviews with human resources.

Paired with the existence of product research tools that keep up-to-the-minute information on profit margins and wise spending moves and the appeal of a human touch begins to slip immensely.

At its most basic level, fraud protection through AI has reached many financial groups through the ability to detect irregular spending habits, generally paired with a human response or a temporary hold on funds to ensure no foul play is at hand.

Even something as simple as human error can cause price imbalance issues on a macro level, as reported by the Financial Stability Board in a report that covers a great many financial AI topics. Any situation in which humans are involved with handling large sums of money benefits from having a system of checks and balances to ensure all actions taken follow current regulations and result in a net positive for those involved. Having a network of financial AI analyzing emails, spoken word interactions, and transaction histories offer a deeper level of regulatory compliance at the risk of infringing on human privacy.

Yet the threat of privacy infringement pales in comparison to the potential for catching fraud before it happens through automated document and signature comparison along with the simplification of "know your customer" databases to further ease identity verification. With millions of dollars lost each year to cybercrime, simplification and automation are invaluable security checkpoints. 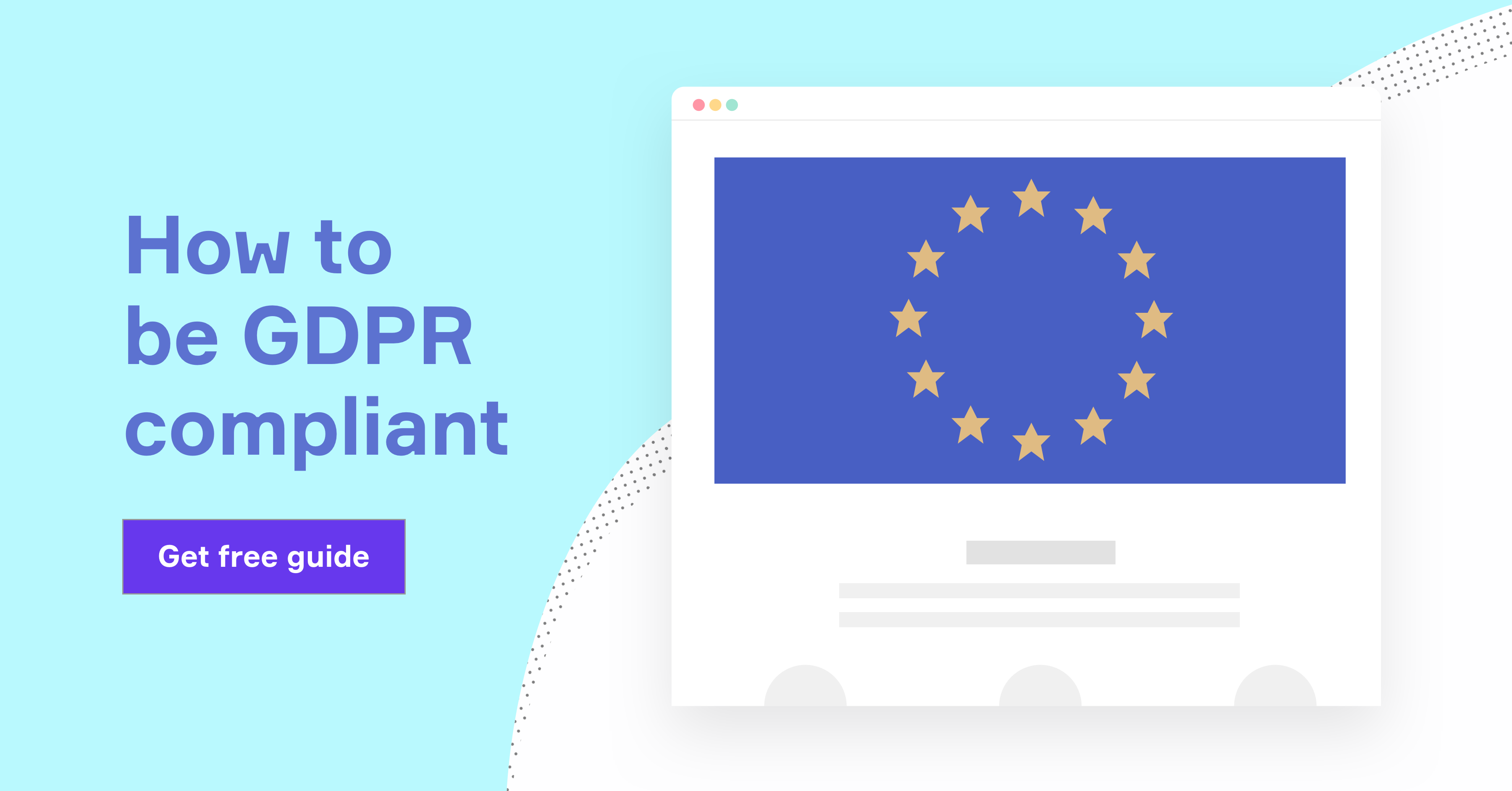 The public face of AI

Though the brunt of automation assistance comes in handling the bookkeeping and regulation of finances, there are plenty of forward-facing solutions to existing problems that are already cropping up with many more awaiting implementation.

When 21 percent of polled Americans report leaving financial institutions due to poor customer service and nearly 66 percent of those same Americans feel fulfilled in solving issues without speaking to a customer service representative, there comes a sudden clarity in the importance of finding customer support that doesn’t rely on traditional human problem-solving.

Much like IBM's predictive problem solving suggests, AI’s producing solutions before they’re requested offers a roundabout solution to a variety of issues. When those issues can’t be predicted, as is in the case of a customer losing access to an account or requesting financial history, a simple text-based interface removes much of the dread of going through human channels to achieve the same goal.

Virtual assistants take this concept to the next level, and future customers may be able to request information yet also receive helpful financial advice without turning to a human banker who would then need to review their situation and weigh suggestions on the spot. The very same predictive problem solving could even go so far as to predict when a customer may be in need of loans and forward those needs accordingly and intelligently file pre-approval figures to the appropriate departments.

Simply put, humans require rest and aren't always devoted to their current task, while an AI can be approached in the middle of the night with financial questions that don't require rousing a claims adjuster during off-hours. Potential lost business with late-night customers or even overseas interaction can be smoothly handled and potential crisis situations suddenly no longer require days of processing and review to solve.

Financial risks and concerns populate the minds of most every adult, with as many as 80 percent regretting a lack of savings, taking on too much debt, or simply not knowing how to prepare for the future. When local financial institutions are intelligently trained to catch these warning signs as they arise, those fears can become lesser memories when helpful virtual assistants help the public at large invest wisely and save intelligently before their debts become too great.

Altering how the public perceives financial management is just one small step towards relieving those concerns yet the importance of helping the public acclimate to AI assistance shouldn't be understated. There will be hesitation to accept change, just as there has in the past, yet having the assistance of algorithms designed specifically to foster healthy financial habits that can solve problems before they arise has an almost magnetic appeal.

A change in the foundation of how financial institutions operate isn't likely to happen overnight. Adaptation is slow yet steady, but failing to understand the signs of changing times often leads to disaster, and the only remedy lies in predicting the road ahead as accurately as possible.

Coincidentally, that's exactly what financial AI is poised to go through the collection and analysis of data that would take millions of man-hours to properly streamline while also keeping customers and clients satisfied. Times are changing and understanding why things change are almost as important as change itself.

Philip Piletic's primary focus is a fusion of technology, small business, and marketing. He is an editor, writer, marketing consultant, and guest author at several authority websites. He’d like to thank Couponbuffer for their help with this article.

How to dream big and grow your business