There's no doubt that Facebook has changed the way people connect and communicate. And with the continued evolution of the platform since its 2004 launch, Facebook trends have increasingly influenced how digital marketers behave. This has made Facebook marketing as crucial an aspect of the industry as any.

Below are some of the Facebook trends you need to embrace in the coming year if you want to keep up with social media marketing trends.

Video will still be huge 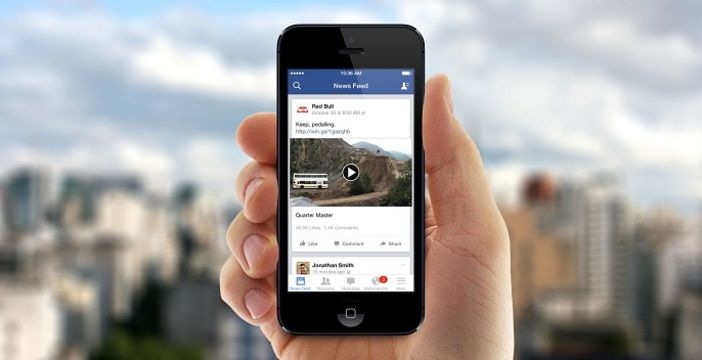 In 2019, video was the undisputed king of content. And while different variations of video emerged throughout the year, in 2020, video will remain an integral part of Facebook marketing.

There are various studies and stats that back this up, but perhaps none more convincing than Mark Zuckerberg saying that Facebook users watch an average of 100 million hours of video every day. And the unfathomable amount of Facebook videos consumed have been found to get 135% more organic reach than photos.

These are just some of the reasons why, even though brands should already have jumped on the video bandwagon, 46% of marketers still plan to add Facebook video to their digital marketing plan in the coming year. Using Facebook Live for marketing has become increasingly more important since it was rolled out to all users in April 2016. Search Engine Journal found that their average Facebook Live engagement was 178% higher than their average post engagement. The average reach of Live posts also increased to more than double.

Facebook Live videos’ organic feel (as opposed to curated ones), as well as the way it allows for real-time interactions between publishers and audiences, is a big part of why the format has been largely successful thus far.

Here are some tips on how to best leverage Facebook Live for marketing:

The growth of AR/VR, Artificial Intelligence

In 2017, Facebook announced they were moving toward the direction of AR and VR. The social media giant has always kept up on trends with the Camera Effects Platform and Facebook Spaces; now it’s looking to lead the way toward an exciting new realm of interactions with AI. 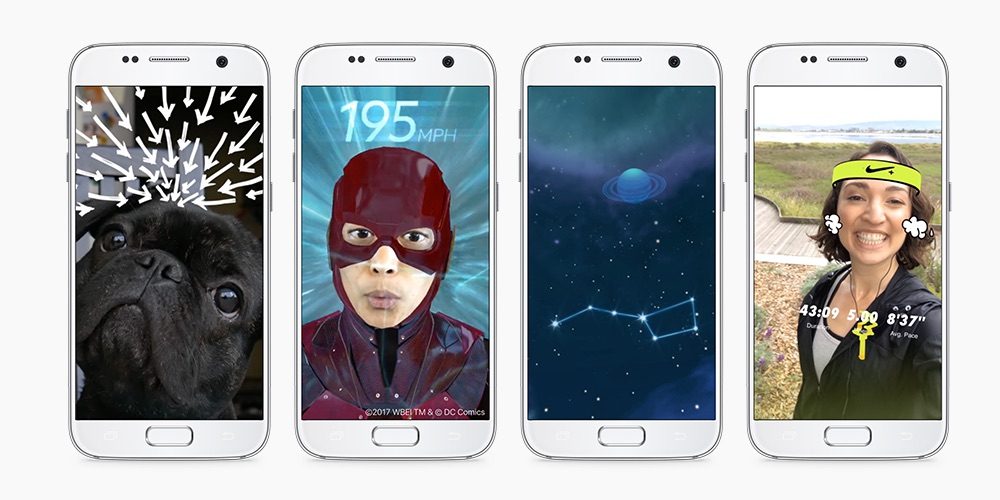 There are four key aspects of Facebook’s new AR platform: 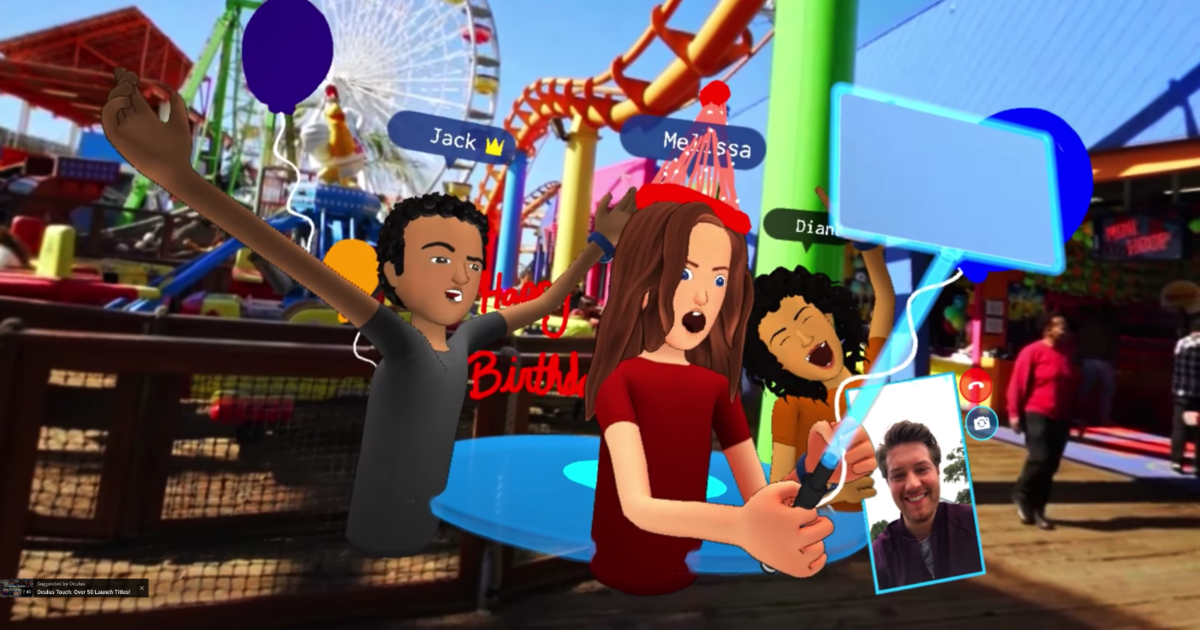 Initially launched in Oculus Rift and Touch, this platform allows people to interact with friends (as avatars) in virtual reality.

As Facebook’s promotional video shows Spaces allows for friends to have a place to meet even if they’re not in the same physical space. In the virtual world, users can share various forms of media to each other live.

As noted by Econsultancy, marketers have already had a taste of what sponsored Snapchat filters can do. Facebook’s Camera Effects Platform sees the former’s filters, and raises the bar exponentially.

With the platform’s ability to recognize any object (as opposed to just faces), there is now a myriad of creative branding possibilities. Product information will just be the tip of this new creative iceberg, with the possibility of users pointing to virtually anything (shoes, cars, clothes, food, etc.)—and have all sorts of info (and interaction) pop up. With Facebook Spaces, the platform is dependent on 360-degree content—something brands will be more than willing to provide.

In an effort to keep up with the current tech trends, Facebook has invested in artificial intelligence (AI) to enhance advertising functionalities on the platform. It's still a work in progress, as they are still testing its usage to gauge if AI can improve ROI.

Check out Keap's Lifecycle Automation Assessment to determine where your business stands among the industry's top performers. 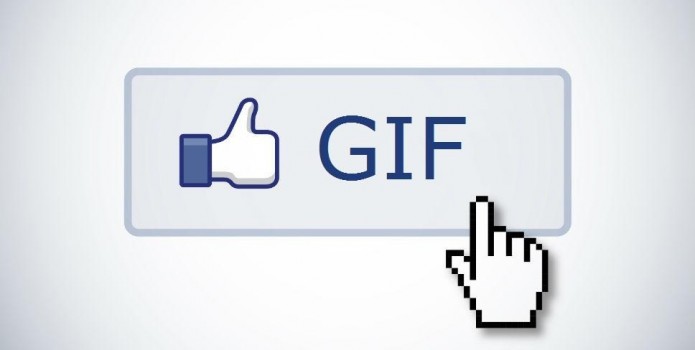 If a picture paints a thousand words, then GIFs can express what words can’t. And while its entertainment value has long been appreciated by netizens, brands are increasingly seeing what GIFs can do for business.

Naturally, shorter videos get more complete views. This is why GIFs have become increasingly valuable. As noted by WordStream, not only does it stand out from static images, it does not require the same amount of investment, effort-wise compared to videos, carousel, and lead ads. Additionally, you can even repurpose existing video assets as Facebook GIF ads—making it a win on repeat.

And if you need further convincing of how huge GIFs will be in 2020, according to TechCrunch, Giphy has over 200 million daily users sending 1 billion GIFs each day. It’s become such a huge business that Giphy runs its own studio in Los Angeles for massive clients like Nike, Paramount, McDonald’s, and FOX.

Here are some tips on using GIFs for Facebook ads: 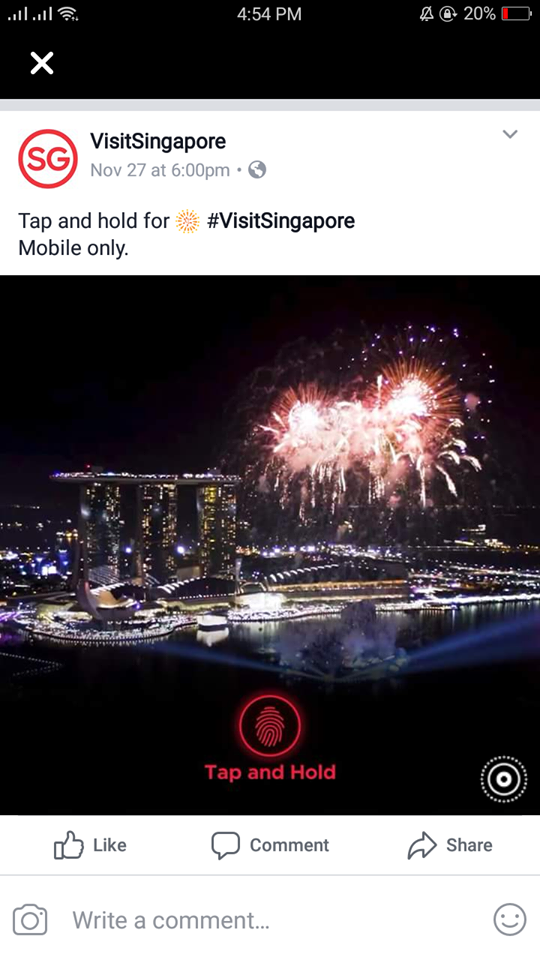 If you haven’t encountered a photo with a CTA to press and hold, then chances are you’re an Android user. The feature (only available for iOS users), basically allows people to physically press a photo before taking them to either a video or an image slideshow. When they lift their fingers off the screen, they're taken back to the static photo.

Engagement is the name of the game when it comes to Facebook marketing, and this format allows you to interact with audiences in real time right on their newsfeeds. Because the format is still relatively new, you can surprise your subscribers with interesting content—at least while its novelty lasts. 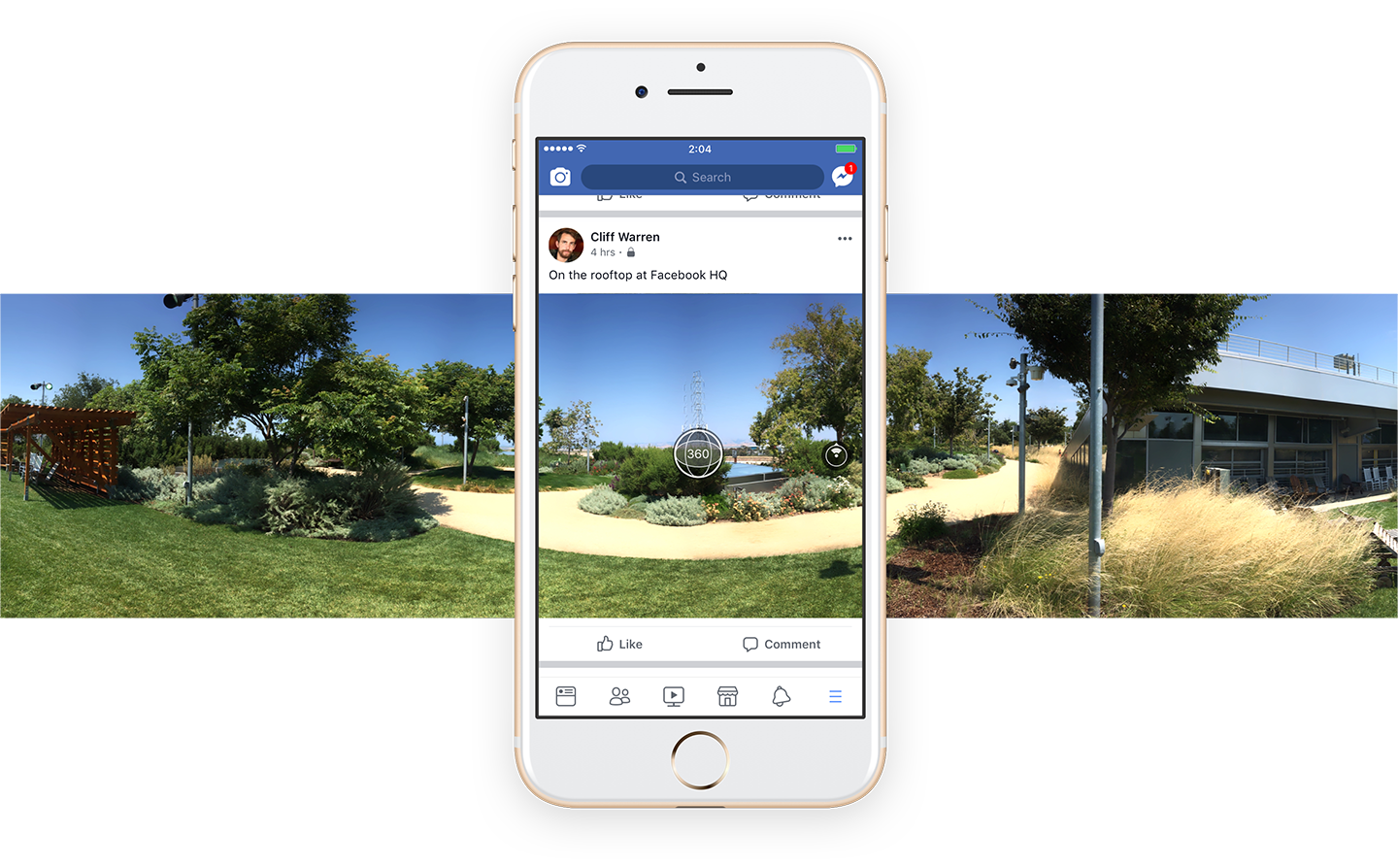 Considered by some to be a form of VR, 360-degree media keeps right in line with the need to create more immersive brand experiences. And because most of the leading brands will continually increase their pivot to video, you’re going to have to find a way to stand out from what will inevitably become white video noise.

Anthony Holland Parkin, head of VR at Getty Images, notes that technological advancements in 360-degree cameras have provided brands with the tools to tell stories from new vantage points. He cited people going on social media during Fashion Week to have a real-time look at next season’s trends.

“Now, instead of just viewing photographs from behind-the-scenes or on the runway, it’s possible to explore the entire show from all vantage points, as if you were there.”

Another possibility Parkin points out, which could be developed in the future, is the ability to purchase an item within a 360-degree media experience. 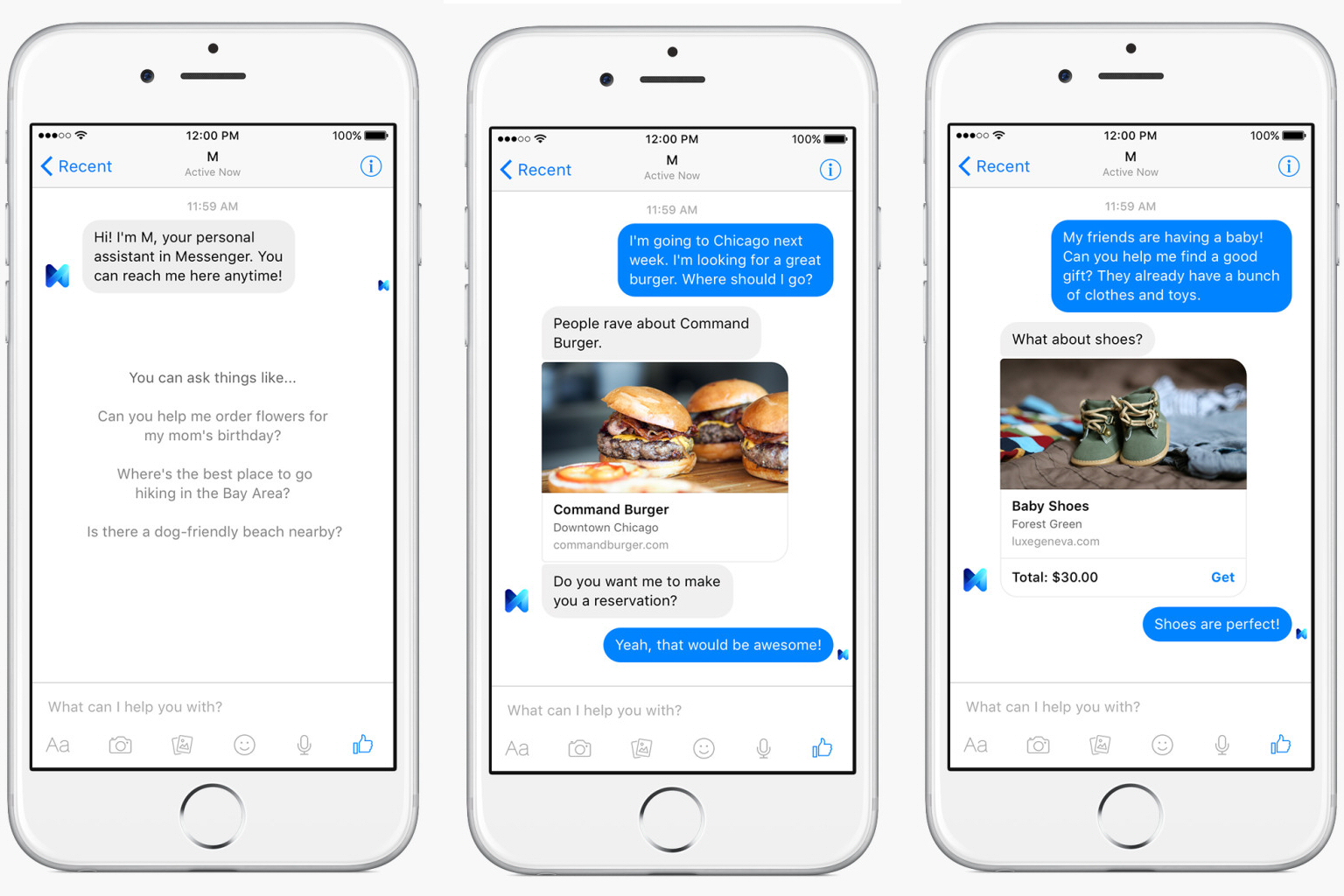 According to Facebook, there are now 100,000 monthly active bots on Messenger, providing an instant connection between brands and customers. Customer service remains the main realm of chatbots, addressing basic queries and issues, and providing an automated interaction to drive sales.

Here are some tips for creating chatbots:

The development of new technologies has birthed more creative possibilities for brands to engage and interact with their customers. And with Facebook making the integration of these innovations to its platform as seamless as possible, marketers need to jump at the opportunities to stay ahead of the competition.

Which of these trends can you integrate into your Facebook marketing strategy? Experiment with some of these elements, and test how it works. It could lead to the spark your brand needs to stand out.

Interested in Keap? Check out Keap pricing or start a free trial now.

For those ready to put in the work, we put together a checklist of ways to approach your social media accounts to make sure you’re spending your energy in the most effective way possible.